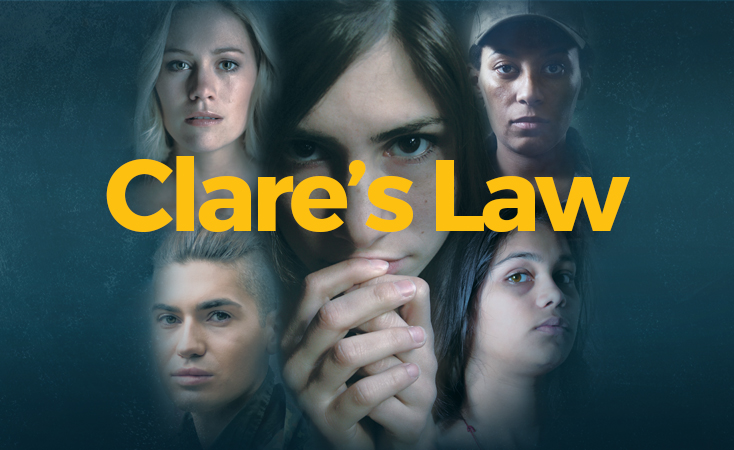 The West Yorkshire Police Clare's Law campaign was launched to encourage anyone with concerns about their current or ex-partner to use their ‘right to ask’ to check whether they have a history of domestic abuse.

The Domestic Violence Disclosure Scheme, also known as Clare’s Law, has been in place in West Yorkshire since 2014. The number of requests has been increasing over recent years but West Yorkshire Police is keen to ensure that all members of the public are aware of their right to ask whether their partner or ex-partner poses a risk to them.

Applications can be made by males or females over the age of 16-years-old in heterosexual or same-sex relationships. If police checks show that the partner or ex-partner has a record of abusive behaviour or there is other information to indicate the applicant may be at risk, a multi-agency decision will be taken on what information should be shared.

Scroll down to read more about Clare's Law and how you can apply and use your right to ask. 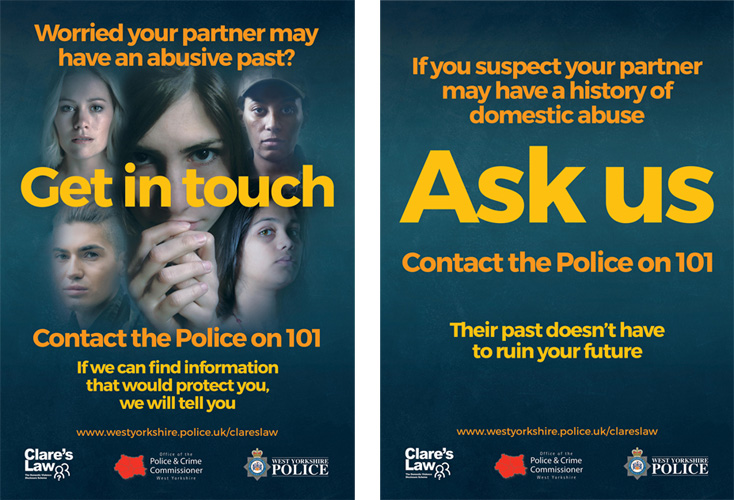 Clare's Law - your right to ask - how to make a request

Police forces are allowed to disclose information to a potential victim and have a duty to protect members of the public from domestic abuse.

A disclosure under the Domestic Violence Disclosure Scheme (Clare’s Law) may be generated by a:

Along with support information and telephone helplines. 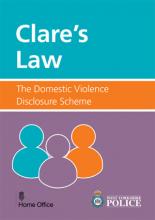 Clare's Law - In a relationship Request

It is the responsibility of a Multi-Agency Decision Making Body as to;

West Yorkshire Police launched a Clare’s Law campaign on 24th January 2019 to raise awareness of the scheme.  As a result, the force has seen an increase in requests made by the public and also the police considering a right to know disclosure.  The force strives to ensure that all victims or potential victims are effectively safeguarded against perpetrators of domestic abuse.

Police forces are allowed to disclose information to a potential victim and have a duty to protect members of the public from domestic abuse under the Domestic Violence Disclosure Scheme - also known as "Clare’s Law".