We are aware there is an intermittent issue with the search function on the site. This issue is currently being investigated.

In the mean-time please use the main menu or the site map to assist you in finding the content you would like to view.

The four forces in the Yorkshire and Humber region (Humberside, South Yorkshire, North Yorkshire and West Yorkshire Police), continue to collaborate on a range of policing issues to deliver capacity and capability in specialist and strategic areas of policing. The regional teams also support local teams to tackle serious and organised cross-border criminality, improve confidence as well as delivering a value for money service for the benefit of the region.

There are a number of areas of regional working that the region will monitor in the years ahead including procurement, where the four forces are adopting one regional function to reduce process costs, provide contract savings and align more closely to national initiatives all with a view to improving customer service.

Scientific Support will move from independent force units to a regional asset, which will result in an overall saving of approximately £11m (30.3%) by March 2014. This regional unit will also offer some  out-sourcing opportunities, thus creating a potential leader nationally in evidence gathering and customer satisfaction, whilst maintaining efficient and cost effective delivery.

Cyber Crime is high on the national agenda and the Metropolitan Police have established three Police Central E-Crime Units to tackle the most serious incidents of cyber crime from those affecting large scale organisational infrastructures to smaller, local business. Our region has been selected to host one of these units, with a launch held in February 2012. The Police Central E-Crime Unit, became the latest of six already operational policing units including the Regional Roads Crime Team, Intelligence Unit, Organised Crime Unit, Special Operations Unit, Confidential Unit and Witness Protection Unit. These units have already demonstrated that effective regional working is possible and that force boundaries that once assisted criminals can be dismantled along with their criminal networks.

The remaining projects, pending approval for implementation such as Criminal Justice Administration, Fleet, Specialist Operations Units (mounted, dogs, firearms and underwater search), and Media and Marketing are all being progressed as four-force options, with a view to reducing costs, increasing resilience across the region and providing a continual improvement in specialisation. All projects currently being implemented or pending implementation are monitored by the Police and Crime Commisioner and Chief Constables via the overarching Regional Milestone Plan. 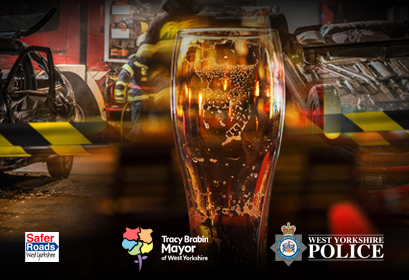