A DVPN and DVPO is aimed at Domestic perpetrators (18 or over) who present an on-going risk of violence to the victim with the objective of securing a co-ordinated approach across agencies for the protection of victims and the management of perpetrators.

Domestic violence protection orders (DVPO’s) are a new power introduced by the Crime and Security Act 2010, and enable the police to put in place protection for the victim in the immediate aftermath of a domestic violence incident.  Under DVPOs, the perpetrator can be prevented from returning to a residence and from having contact with the victim for up to 28 days, allowing the victim a level of breathing space to consider their options, with the help of a support agency.  This provides the victim with immediate protection.

Domestic Abuse Incident occurs & is reported to Police.  The Perpetrator (P) has used violence or threatened towards the victim / associated person; AND the issuing of the DVPN is NECESSARY to PROTECT the victim and associated person.  Police Officers will need to secure evidence and consult their District Superintendent as early as possible.

Once authorised by a Superintendent or above and as soon as the DVPN has been served on the Perpetrator, it is valid for a period of 48 hours.  If breached by the perpetrator, the perpetrator will be arrested and detained in custody to appear before the next court.

Within 48 hours of service of the DVPN, West Yorkshire Police will attend at Court to make an application for the DVPO.  This will be heard in the Magistrates Court sitting in its civil capacity.

Once authorised by the Magistrates, the DVPO will then be valid for between 14 to 28 days.  Like the DVPN, if breached by the perpetrator, the perpetrator will be arrested and detained in custody to appear before the next court.  The prosecution will be conducted by West Yorkshire Police and not the Crown Prosecution Service (CPS).

The DVPN / DVPO process builds on existing procedures and bridges the current protective gap, providing immediate emergency protection for the victim and allowing them protected space to explore the options available to them and make informed decisions regarding their safety.  The DVPN / DVPO process does not aim to replace the Criminal Justice system in respect of charge and bail of a perpetrator.

West Yorkshire Police will keep the victim updated and supported throughout these proceedings.

West Yorkshire Police will ensure that substantive criminal offences are thoroughly investigated and actively pursued.  West Yorkshire Police will seek to prosecute criminal offences and secure a Restraining Order for the victim as a preferred option.  A DVPN will be issued when applicable in circumstances where no enforceable restrictions can be placed upon the perpetrator.

Processes are in place to monitor how the DVPO process makes a difference to victims in West Yorkshire from its introduction on the 2nd June 2014.  From the pilot Forces, feedback was very positive so we are confident this is a useful tool to assist in making a positive difference to Domestic Abuse victims and their families. 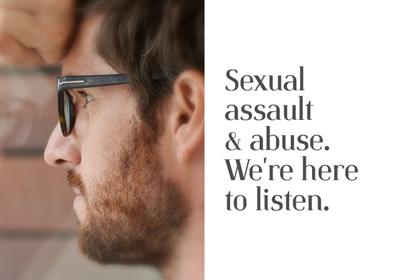