What is Female Genital Mutilation (FGM)

FGM involves the partial or total removal of the external female genitalia, or other damage to the genital organs, for supposed cultural, religious or non-medical reasons. FGM is also known as female circumcision, ‘cutting’ and ‘sunna’ and can affect females from birth to pregnancy. This can cause severe physical and psychological damage which can last a lifetime.

FGM is routinely practised in some African and Middle Eastern countries. In some countries up to 98 per cent of young women have undergone the FGM procedure. Recent research by Equality Now and City University London and published in July 2015 has shown that an estimated 137,000 women and girls with FGM, born in countries where FGM is practised, were permanently resident in England and Wales in 2011 and that 60,000 girls aged 0-14 were born in England and Wales to mothers who had undergone FGM between 1996 and 2010. 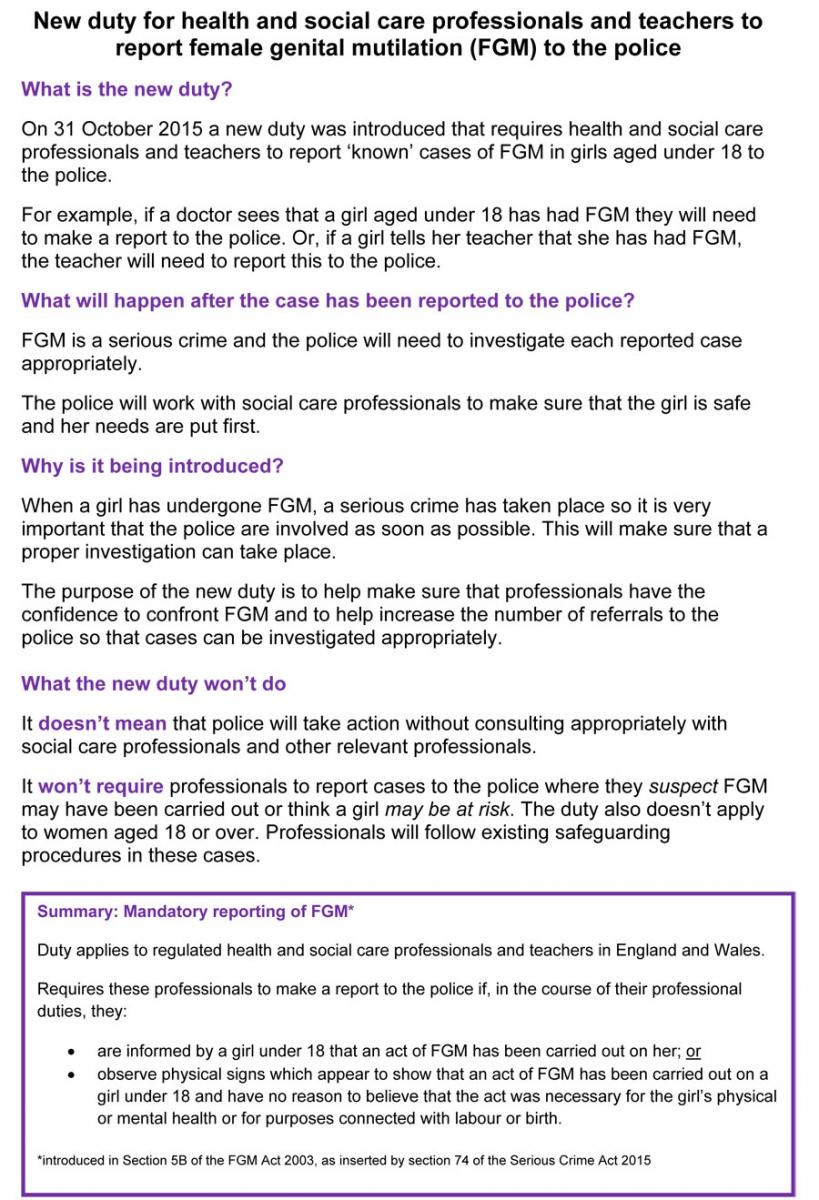 What are the warning signs of FGM?

Health - the potential effects of FGM include:

Female genital mutilation is not a religious requirement or obligation. FGM, including a symbolic prick to the clitoris, has no link with Islam and is neither a requirement nor a ‘Sunna’ in Islam. Globally most Muslims do not practise FGM.

FGM is not condoned by Christian or Jewish teachings, or the Bible or Torah.

FGM is illegal in the UK.

Under the Female Genital Mutilation Act 2003 it is an offence in England, Wales and Northern Ireland for anyone (regardless of their nationality and residence status) to:

It is also an offence for UK nationals or permanent UK residents to do the following, even in countries:

Any person found guilty of an offence will be liable to a maximum penalty of 14 years’ imprisonment or a fine or both.

The 2003 Act has also been amended to introduce:

What to do if you are concerned about FGM

If you are worried that you may be at risk of FGM:

If you are worried that someone you know is at risk of FGM:

Where to go for help

You can contact West Yorkshire Police in a non emergency 24 hours a day, 7 days a week, by calling Police on 101.

If there is a danger to life or a crime is in progress always call 999.

There are Safeguarding Units in every district of West Yorkshire with professionals who understand the issues of forced marriage and know how to help:

Other agencies that can help or give more information:

Snap it. Flip it. Save it. Mark it. Cycle crime campaign 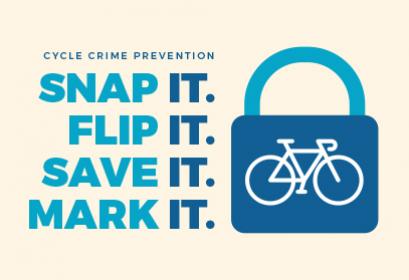