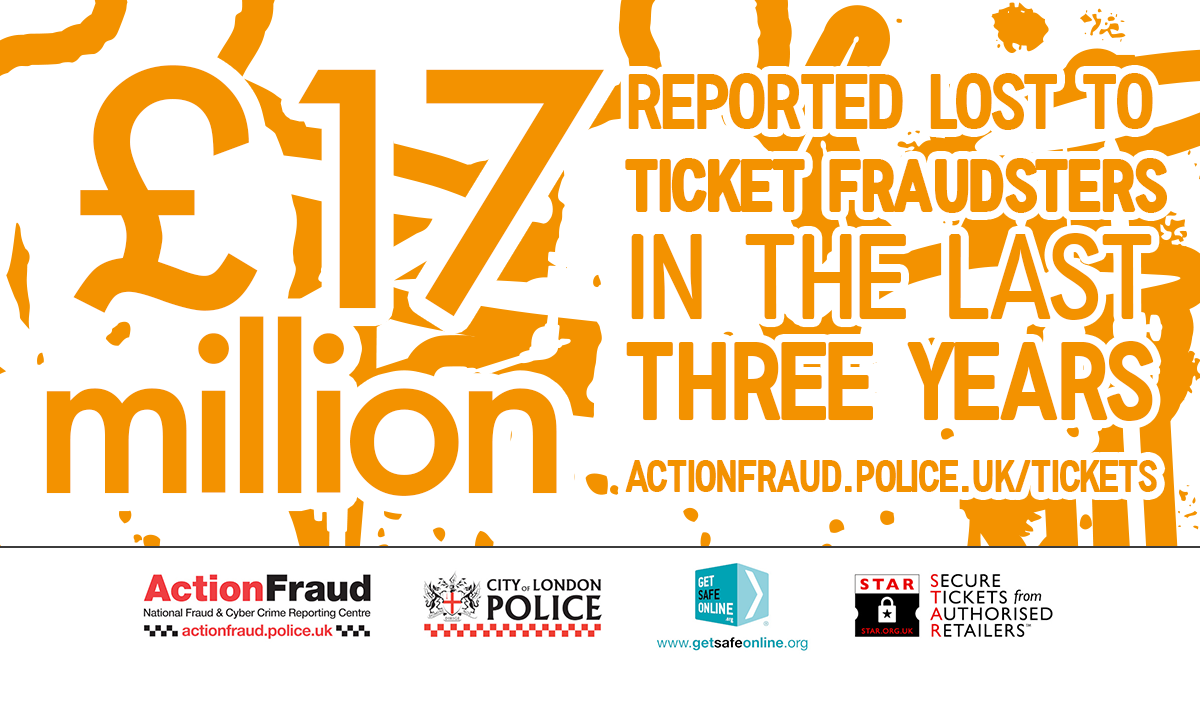 Recently the City of London Police and Action Fraud in partnership with Get Safe Online and the Society of Ticket Agents and Retailers (STAR) have been working to show members of the public just how easy it is to be tricked into buying fake tickets online. During a series of Facebook flash sales over 1,500 people tried to purchase music tickets from a fake ticket sales website called ‘Surfed Arts’.

Surfed Arts purported to be a secondary ticket provider and the Facebook adverts were targeted at people living in specific areas where there are sold out music events happening this summer. Adverts were targeted at fans of Adele in London, Ed Sheeran in Manchester, Iron Maiden in Birmingham, Coldplay in Cardiff and Bruno Mars fans in Leeds. Women aged over 65 and those who live in London were the people who tried to buy the most fake tickets whilst men and women aged 35-44 and those who live in Birmingham were the least inclined to click on the spoofed advert.

Those who clicked through to the Surfed Arts website were immediately told that they were not able to purchase the sold out event tickets and advised on how to protect themselves from falling victim to real ticket fraudsters in the future. The purpose of the hoax was to try and directly affect consumers’ online behaviour and make them think twice before buying tickets from illegitimate secondary ticket sites.

A recent report written by the City of London Police’s National Fraud Intelligence Bureau (NFIB) has shown that people are increasingly using other secondary tickets sources such as social media in order to purchase tickets for popular and often sold-out events.

In the last three years more than 21,000 people have reported falling victim to ticket fraudsters and the majority of these reports concern the secondary ticket market and other secondary sources; for example social media or independent ticket websites.

Legislation has recently been proposed which may prevent the use of ‘bots’ buying tickets to re-sell at inflated prices, but the threat of bogus ticket outlets remains. Sites like Surfed Arts don’t have any tickets to sell in the first place; buyers pay for what looks like tickets to concerts, festivals or sporting events only for the seller to disappear with the victim’s money or send them counterfeited tickets that aren’t valid for entry.

The most common type of ticket fraud victim to report to Action Fraud is a man in his twenties.  51.9% of men reported falling victim whilst 48.1% of women reported. Those in the age group 20-29 most commonly reported to the service. Bank transfers were the most commonly used method to buy tickets with 64.6% of people saying that it was the payment method used when they were defrauded.

Of those reporting, more than 33% said that the fraud had a significant effect on their life and an additional 7.8% said that being defrauded in this way has severely affected them.

A recent interview of a convicted ticket fraudster undertaken by the City of London Police proves that fraudsters use ticket websites as a source of income and have little remorse for how it may affect the person they are defrauding. 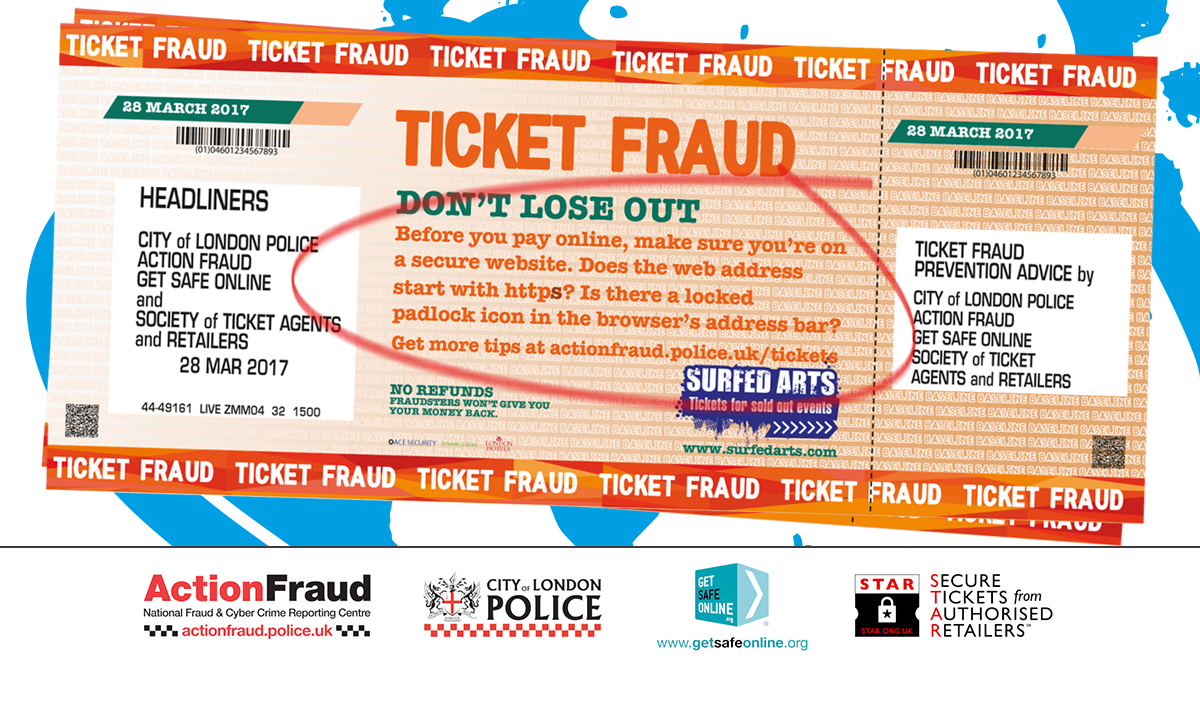 “I sold fake tickets for every festival and every music event. The high value tickets were the way for me, but I know lots of guys that are doing the lower value tickets too. I was earning thousands of pounds a day”.

“No matter what you’re buying a ticket for: a concert, a sports event or a flight, you need to remain vigilant and be aware that there are fraudsters all over the globe trying to make money out of people’s desire to buy tickets quickly and easily online.

“Always buy tickets from an official events organiser or website and if you are tempted to buy from a secondary ticket source, always research the company or the person online before making the purchase.

“Our fake website ‘Surfed Arts’ was put together to show just how easy it is to become a victim and we want to help to change consumers' online behaviour so that they don’t fall victim to real fraudsters in the future”. 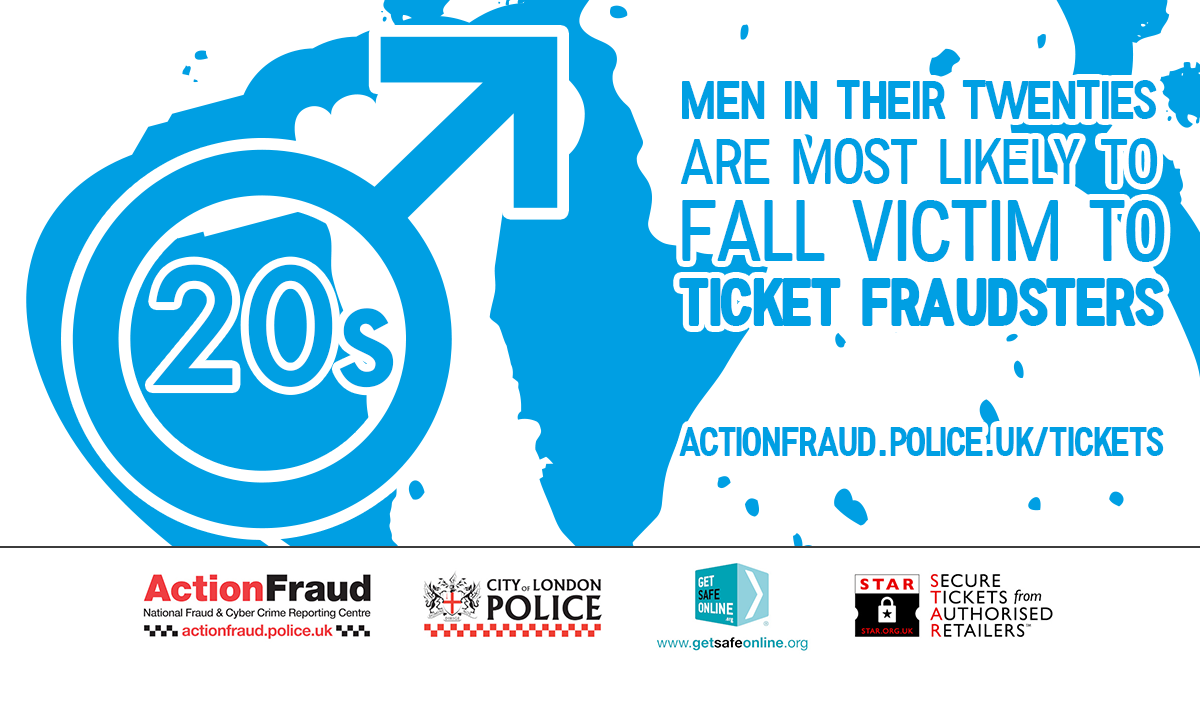 “Clever criminals will try every trick in the book to make us part with our hard-earned cash. One way they’ll try and do this is by luring fans into buying tickets for concerts and sports events which are sold out.

“Many of the adverts for these fake tickets seem like ‘too good to be true’ offers, with tickets often being heavily discounted. However, this means people often act before thinking. The ‘Surfed Arts’ ticket hoax clearly demonstrates how easily we can be duped when we think there is an offer to be had. Luckily our scam didn’t have a nasty surprise at the end, but some useful information on how to protect yourself against ticket fraudsters.

“To avoid becoming a victim, do as much research as you can to ensure that the provider or person you are buying from is reputable. Also, when buying an event ticket, use a credit card if you can to ensure you are protected when paying. If someone asks you to transfer money directly to them, you’ll have absolutely no protection if you are scammed.”

Jonathan Brown, Chief Executive of the Society of Ticket Retailers and Agents said:

“These figures demonstrate that ticket fraud is a continuing problem and that, too often, people are misled by fake promises. Fraudsters prey on the anticipation and excitement that surround our fantastic sports and entertainment industries.

“It is vital that customers take care when buying tickets. Protect yourself by following safe ticket-buying advice and by taking time to research the authorised sellers for an event before parting with any money.

“STAR and its members are committed to providing customers with high standards of service and information and to playing our part in helping you avoid the fraudsters.”

How to Protect Yourself from Ticket Fraud: 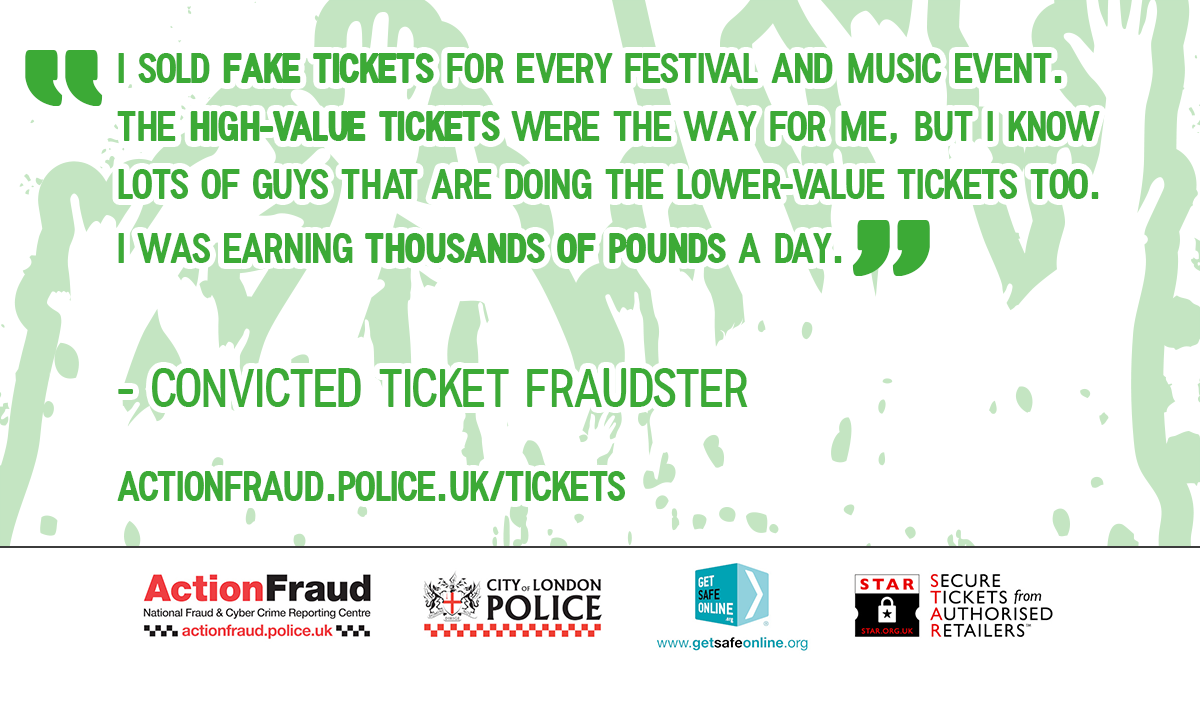 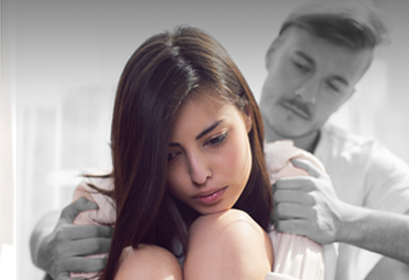