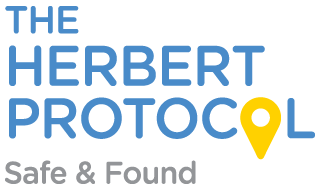 My husband lives with Dementia, he was diagnosed about 7 years ago and has been taking medication for 4 years. Around 10.00 this morning he set off on his usual walk that takes him around 1and a half or two hours. When he was not back at lunch time I began to be concerned where he was but as he is a very experienced walker and walks every day I was not too worried. He usually gets home - though he does not know where he has been. He is a very independent man! At 5.00 I began calling 101. Eventually I spoke to an officer who was very patient. She took all his details then told me that she was passing me on to Sgt Neil Taylor. Things went very smoothly from there.

He was helpful, patient and concerned for me as well as John. My son arrived shortly as the Sgt had advised and was closely followed by Officer Tracey( I did not get her surname) - from Brighouse. She had already been up a nearby hill that John often walks up. Within minutes we had a phone call from some one at Tesco Metro in Halifax to tell us that John was there. He carries a card with phone numbers on it. Tracey took me to collect him and bring him home.

I have completed a 'Herbert' Protocol and understand how useful that might be if John repeats his walk about.

I am so very grateful for all that Neil and Tracey did. Their concern for John and me, their help and advice is very much appreciated by our family.

Please give them our sincere thanks.