What is stalking and harassment?

Stalking can be defined as persistent and unwanted attention where the victim feels pestered and harassed. There are many forms of harassment ranging from unwanted attention from somebody seeking a romantic relationship, to violent predatory behaviour.

Stalking and harassment includes behaviour which happens two or more times directed at or towards someone by another person, that causes the victim to feel alarmed or distressed or to fear that violence might be used against them.

It can take place between:

Stalking is an aggravated form of harassment and includes things like:

Stalking and harassment can have serious consequences on someone’s physical and mental health.

How to protect yourself

If you are experiencing stalking or harassment, there are steps you can take to help deal with this type of behaviour.

If you know, or find out, who is stalking you

Stalking and harassment are crimes under sections 2 and 4 of the Protection from Harassment Act 1997 and should be reported to the police.

If you think you are being harassed or stalked you can seek an injunction under the Protection from Harassment Act. If the police charge someone with a crime and that person appears at court, then the court can make a restraining order under the Act, even if the person is found not guilty. 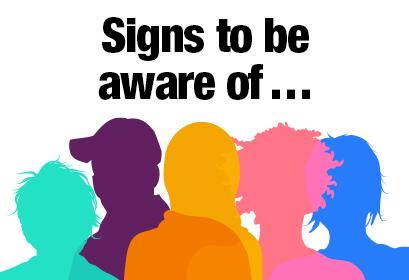 Case study
Where to get help