Detectives in Bradford are appealing for information to trace wanted man Michael Rymarz. 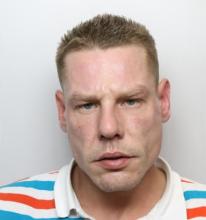 Michael Rymarz aged 34 is wanted for an assault.

He is described as white male, Polish, 5ft 9” and medium build.

He has links to Bradford.

Members of the public are urged not to approach Rymarz, but instead contact the police as soon as possible.

Anyone with any information as to his whereabouts are asked to contact Bradford CID via 101 quoting crime reference number 13200320270 or information can be passed to Crimestoppers anonymously on 0800 555 111.