Police are appealing for information on Brajan Kierpacz, who is wanted for an attempted robbery. 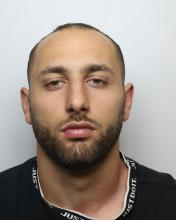 Kierpacz, who is 22 and from the BD3 area of Bradford, was found guilty of the offence at Bradford Crown Court in July, after failing to attend court on the last day of his trial.

A warrant was issued for his arrest and police have conducted extensive enquiries to locate him.

He is described as being about 5ft 10ins tall and of medium build.

He has links to the Laisterdyke and Thornbury areas of the city.

If you have information which may assist police in locating him, please call 101 or use the options on the West Yorkshire Police website.

Information can also be reported anonymously to the independent charity Crimestoppers.