A police officer from Bradford has been hailed as a shining example for diversity.

PC Dharmesh Mistry was shortlisted in the final eight for the Positive Role Model Award for Race, Religion and Faith at the 2019 National Diversity Awards, which took place at the Anglican Cathedral in Liverpool on Friday (20 September).

Dharmesh, who is 49 and works at Trafalgar House Police Station, was chosen for the work he does both as a police officer and a community volunteer by the force’s People Officer Anna Button, who also uploaded a video on social media to encourage her followers to vote for him.

“It was an absolute honour to just make the shortlist of nominees,” said Dharmesh, who has served with West Yorkshire Police for 14 years.

“To be recognised nationally for the work I have done to raise awareness of diversity is just amazing and I would like to thank everyone who supported my nomination.”

Despite suffering with arthritis in both knees Dharmesh is very active in his community and volunteers with initiatives in Bradford which help the homeless and the vulnerable.

He is also a member of the city’s Hindu community and as a representative of the Black Police Association helped to deliver its ‘Natural Born Leaders’ programme to college students from Bradford.

“Volunteering allows me to give something back to the community - raising awareness  and making a positive difference to people’s lives,” said Dharmesh.

“I am also proud to represent West Yorkshire Police and will continue to do all I can as a police officer to strengthen the relationships between the police and the many communities of Bradford District.”

“I am delighted that Dharmesh has been recognised nationally for the work he does as a West Yorkshire Police officer and a volunteer.

“To make the final eight nominees for such a prestigious award demonstrates his total commitment towards championing diversity and working hard for his community.” 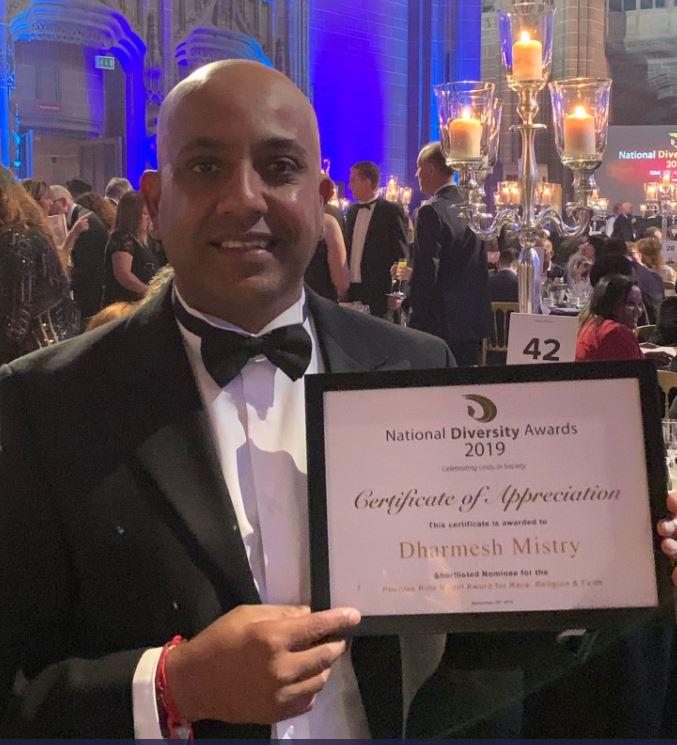