Police and partners are issuing a ‘catalogue of criminals’ to businesses in Wakefield as part of on-going efforts to squeeze shoplifters.

The Wakefield Central NPT is now issuing the first of what will be a 13 page semi regular guide to participating ShopWatch business in the city to help them spot and better watch known prolific offenders who may enter their shops.

The new guide is part of a package of new measures being introduced by Wakefield BID (Business Improvement District) and the NPT as part of work on-going to continue reductions in shoplifting which is currently about 40 per cent lower in the city than it was in early 2018.

Among the new measures is the continued expansion of radio communication between city centre PCSO’s and the ShopWatch network to help share information more quickly about known thieves seen operating.

Over 60 businesses have now signed up to one or the other of the APEX and WABAC radio networks which are supported by Wakefield District Police.

Retailers who have signed up to the scheme have also agreed to put in place a new banning procedure which bans offenders convicted of shoplifting  for 12 months from the store.

Any subsequent breach of these bans is then added to the crime the offender was charged with, potentially resulting in a more severe sentence for them at court.

Inspector Helen Brear of the Wakefield Central NPT, said: “We have been working very closely with partners at Wakefield BID to reduce shoplifting and are seeing real results in the city centre.

“We started the Infoshare process in November last year and are now circulating a 13 page booklet to participating shops providing them with pictures and up to date intelligence of offenders their security can monitor.”

She added: “It is also highly encouraging to see so many businesses sign up to the shop radio networks operating in the city.

“We fully support both as radio networks helping stores protect themselves against thieves and in sharing real time ‘ here and now’ intelligence to us and local authority CCTV about shoplifters operating.

“I want to thank partners at Wakefield BID for their continued support and funding to help reduce retail crime.

Elizabeth Murphy, manager of Wakefield BID, said: “Tackling anti-social behaviour in Wakefield city centre on behalf of the businesses we represent has been high on our priorities and we have met regularly with partners in Wakefield Police to discuss issues affecting business.

“This work has been on-going for some time and we are trying to find new and innovative ways of sharing information and making the best use we can of technology, such as Shop Watch and radios to help equip businesses with the information they need to better protect their property.

“We are continuing to work with Wakefield Police on several new upcoming initiatives to keep tackling crime and be very clear – criminals are not welcome in the city centre and together we will take them on to make the city an even more welcoming place to visit, work, live and shop.” 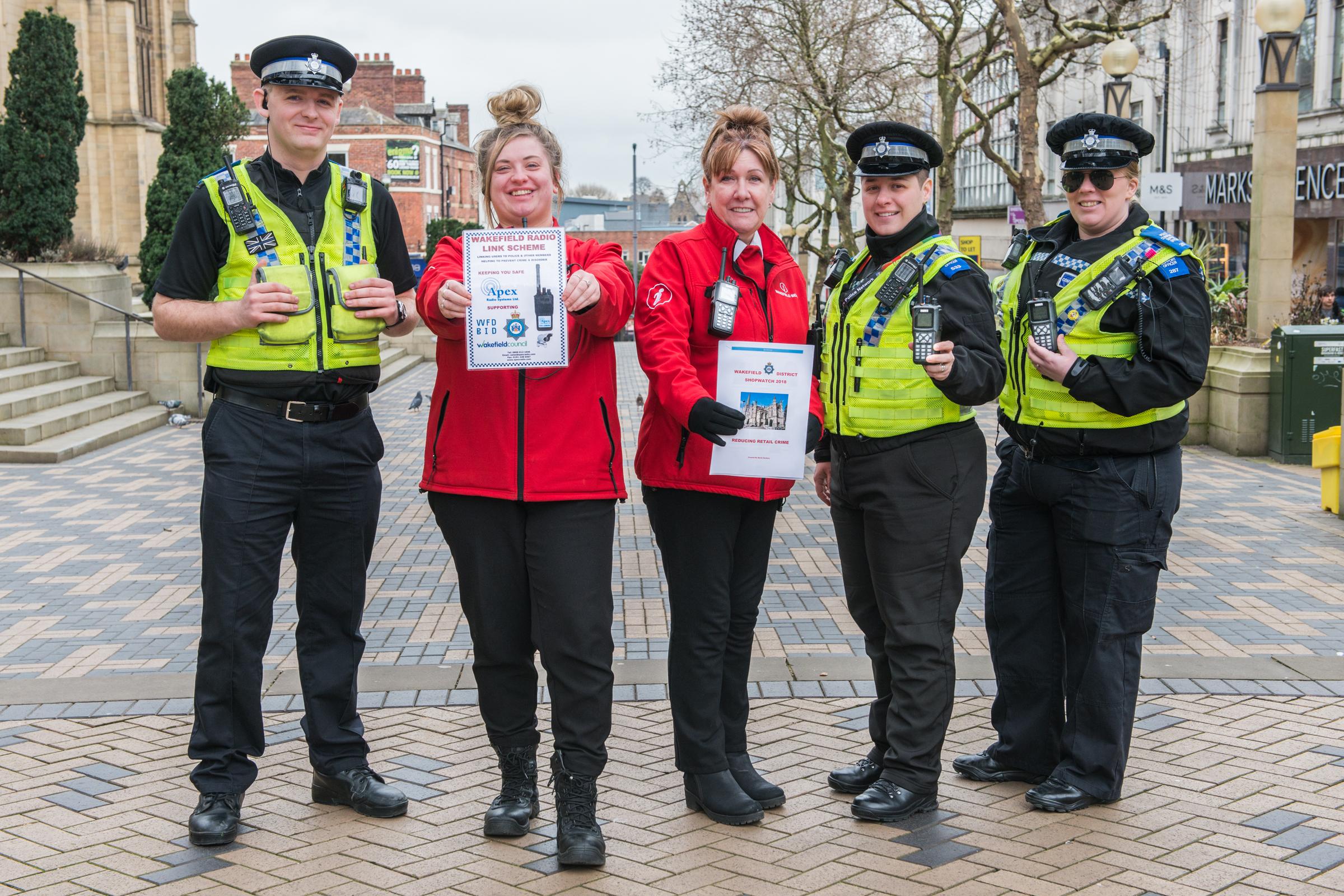