Police are issuing an Efit of a man they want to identify in connection with a burglary in Mirfield. 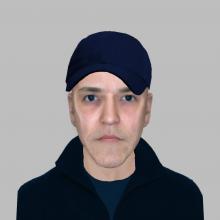 Kirklees CID would like to speak with anyone who can identify the man or who has information about the offence which took place between 6.30pm and 7.20pm on November 27 2019 at a house on Crowlees Road.

It occurred after suspects broke into a property while the victims were out and searched a bedroom, stealing items of jewellery.

On returning, the occupants saw a man leaving the property and shouted out, causing him to flee in the direction of Pinfold Lane.

Anyone who can identify the man pictured or who has information is asked to contact Kirklees CID on 101 referencing police crime number 13190609697.

Information can also be given online at www.westyorshirepolice.uk/101livechat or anonymously to the independent Crimestoppers charity on 0800 555 111.