Cold case detectives investigating a 27-year-old historic murder are appealing for a caller who could hold vital information about the death to come forward.

The last confirmed sighting of Leeds woman Yvonne Fitt, was on 16 January in Bradford.

Her body was found at local beauty spot, Lindley Wood, just outside of Otley on 12 September 1992. It is thought she had been dead some time.She had been murdered. 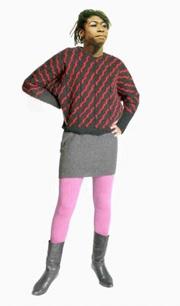 Since then detectives have continued to investigate her death – including a full reconstruction on BBC programme, Crimewatch but no one has ever been brought to justice for her death.

And as part of a full review by West Yorkshire Police, officers want to speak to a caller to the Crimewatch show which was broadcast in 1992.

The anonymous caller gave the name of someone they suspected to be involved with the murder.

“Yvonne was a daughter, a sister and a young mother with a life ahead of her.

“Her mother, who spoke emotionally about her daughter during the Crimewatch show, died not knowing who did this to her daughter.

“Yvonne was brutally killed and then left without any dignity. Despite the passage of time we remain committed as ever to getting justice for her and her family.

“We have spoken to Yvonne’s family and they want to know who killed her.

“And this is why I am appealing directly to an individual who called Crimewatch back in November, 1992 with information that could be vital to our investigation.

“I appreciate this call was made a long time ago but nearly three decades have now passed since Yvonne was murdered and this call was made. She would have celebrated her 60th birthday this year had she still been alive.

“With the passage of time allegiances change and people move on. I need this person to pick up the phone and give us a call.

“We will have a dedicated phone number to call and you will be able to speak directly to staff involved in the investigation.

“I would also appeal to anyone else who has information about the case who has not previously come forward to get in contact.”

Or you can call the independent crime fighting charity, Crimestoppers, in confidence on 0800 555111