A Huddersfield man has received more time in prison as part of a long running investigation into non recent child sexual abuse in Kirklees. 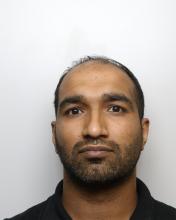 Asif Bashir (35) from Huddersfield was sentenced to four years in prison to be served on top of an existing sentence after being found guilty of sexual offending as part of the force’s Operation Tendersea investigation.

The offences took place between 2005 and 2007 in the Huddersfield area and were committed against a young girl.

Bashir, was previously sentenced to 11 years for rape and attempted rape in November 2018 during the first series of Operation Tendersea trials, and will serve four years consecutive to that sentence.

He is the 35th man to have been sentenced as part of Operation Tendersea for which suspects have now received a combined 393 years in prison.

The operation has focused on investigating and jailing men responsible for the sexual abuse of young girls in Huddersfield between 1995 and 2011.

“Both the police and CPS always maintained Bashir was fully aware of the defendant’s young age when he committed these offences against her, and the jury clearly felt this to be the case in returning guilty verdicts for the four offences he was tried for.

“I want to praise the courage of the victim in this case for coming forward to report the abuse she suffered and then give evidence against this predatory sex offender.

“She and other victims who have spoken with us are helping the police and CPS take dangerous and predatory individuals from our streets and make them pay for the crimes they committed.”