Specialist officers investigating a firearms incident in Kirklees are releasing images of a person they would like to identify. 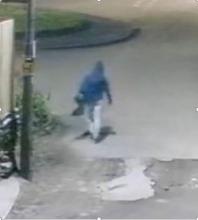 The force’s Firearms Prevent Team has released new images after the firearms discharge on Heathergrove Fold, Dalton in March
Officers attended at a property on Monday March 15 following a call from a resident and found damage believed to have been caused from a firearm.
No one was hurt in the incident.
The new images show a person officers want to speak to in connection with the incident
The two separate images released are from different days.
The first image shows a person, dressed in a blue jacket on Dalton Fold Road at about 1008pm on Saturday March 6. The person was walking towards the junction with Brown Royd Avenue / Coniston Avenue.
The two further images, were taken at around 1030pm on Monday March 15. 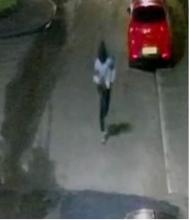 Detective Inspector Sarah Burton of the Firearms Prevent Team, said: “All firearms discharges in our communities are treated extremely seriously and a number of enquiries have been ongoing into this incident by our team and colleagues at Kirklees Police.
“We do appreciate that the person’s face is not visible in the stills but it is possible someone may have seen someone wearing similar clothing in the Dalton Fold area on these dates and times.
“I would ask anyone who can assist us but may not yet have come forward to get in touch either with the police, or anonymously to Crimestoppers.”
Anyone with information is asked to contact the Firearms Prevent Team on 101, referencing police log 1900 of March 15.
Information can also be given online at www.westyorkshire.police.uk/101livechat or anonymously to the independent Crimestoppers charity on 0800 555 111. 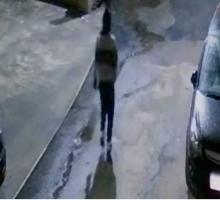