Intensification Week of Action to Tackle Knife Crime in Kirklees

Kirklees District Police has conducted an intensification week of action to tackle knife crime and violent crime across Kirklees. 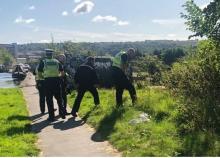 The aim of the week of action was to promote anti-knife crime messages throughout the communities in Kirklees, engage with communities to offer reassurance and build confidence in proactive police work, educate young people about the impact of knife crime and through test purchasing ensure local businesses are not allowing the sale of knives to young people. 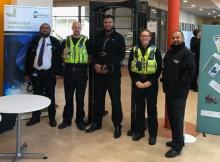 #OpJemlock started in April after Chief Constable John Robins QPM, met with the Home Secretary. Several police forces across the country including West Yorkshire were given additional funding to tackle the threat of serious violence and knife crime.

This operation is West Yorkshire Police’s response to violent crime and has seen more than 750 arrests in five months and 80 weapons have been removed from the streets. 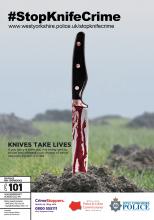 Results from the week of action:

Detective Inspector Mark Catney, of Kirklees CID, said: “Over the past week, together with various partner agencies and officers from across Kirklees, we have been conducting numerous proactive policing operations with an aim to tackle knife crime and violent crime.

“The results we have achieved in such a short space of time, has been fantastic. I hope that these types of operations provides reassurance to our communities and residents that knife crime and violent crime is a priority for us and we are continually working to tackle this issue within the Kirklees District.

“Knives are not the answer and we have seen first-hand the devastation using a knife can have, not just for the victims and the families of the victims, but for perpetrators too.

“Statistics have shown that if you carry a knife for protection, you are putting yourself in danger as it is likely to be used against you – around a third of knife-related injuries are actually caused by the victim’s own knife.

“This intensification week of action we have conducted in Kirklees has helped us to raise further awareness of knife crime and we will continue to prosecute those who carry knives. The enforcement and proactive work we do is only one part of the solution to this issue – the public also has a vital role to play.

“As part of this operation, we have been working with Kirklees College and have spoken to young people and students about knife crime. I would urge the public if you have a young person in your family, I would ask you to educate them on the dangers of carrying a knife. If you have any information anyone in the community who carries a knife, or information where knives are sold illegally, I would urge you to get in touch with us so we can act upon any intelligence we receive.”

Cllr Carole Pattison, Kirklees Council Cabinet member for Learning, Aspiration and Communities, said: "We are happy to see how successful this intensification week has been and Kirklees Council will be continuing to work hard with the police and other organisations to challenge and prevent violence, and to keep our young people and communities safe."

Anyone who has any information about suspicious behaviour in their area or information about people carrying knives, they are urged to contact the police either online via www.westyorkshire.police.uk/contact-us or via 101.