Man Jailed For Burglary and Fraud Offences in Bradford

A Bradford man has been jailed after pleading guilty to offences of burglary and fraud. 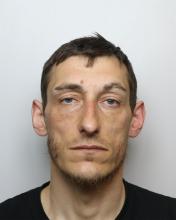 The offences took place in April this year.

Gill knocked on his elderly victim’s door pretending to ask for directions and asked to use the victims toilet. Once inside of the property and after taking advantage of the elderly victim’s good nature, he proceeded to steal items including the victims bank card, which he then used to fraudulently purchase goods.

He was jailed for a total of 26 months.

An investigation was carried out by Bradford’s District Crime Team earlier this year into Gill’s offending.

He was arrested in April and was remanded in custody in April this year until his next court appearance.

Detective Chief Inspector Andy Farrell, said: “This is a great result and we are pleased that Gill has been handed a prison sentence for his offending.

“This team was formed back in February this year and is committed to tackling those who cause the most harm to our communities through criminal activity.

“I hope that today’s sentence acts as a reassurance to the communities in Bradford that we will relentlessly pursue those individuals and work with partner agencies to bring them to justice and make Bradford safer.”