More Than £100,000 Of Cannabis Seized from Dewsbury Drugs Factory

Cannabis potentially worth over a hundred thousand pounds has been seized from the streets of Kirklees following a police operation in Dewsbury. 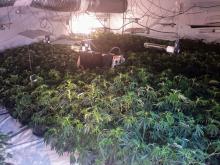 Enquiries remain ongoing after police located around 400 cannabis plants at a former commercial property on Bradford Road on the outskirts of Dewsbury town centre on the evening of Sunday August 2.

Officers from Kirklees Police attended the location following a report of suspicious activity there and on entering the building found a three floor cannabis factory.

It is believed the plants seized, which were in various stages of growth, could be worth a sum in excess of six figures.

The seizure follows the discovery of a cannabis factory on Daisy Hill in Dewsbury in April this year.

Officers executed an early morning drugs warrant at the property on Thursday April 16 and discovered in excess of 1,300 plants in various stages of growth spread across two floors of the building. 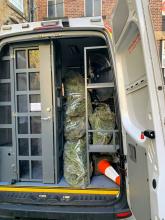 Sergeant Richard Cotton of the Dewsbury NPT, said: “Officers located a substantial cannabis factory on Bradford Road in Dewsbury on Sunday and we are continuing our enquiries this week.

“While a full calculation of the value of the cannabis seized is yet to be completed it will clearly be a six figure sum given the number of plants officers found.

“We would ask anyone who has any information about the cultivation or supply of drugs in Dewsbury to contact the Dewsbury NPT on 101 or the independent Crimestoppers charity anonymously on 0800 555 111.

“All information and intelligence is fully assessed and explored for investigative possibilities by officers.”