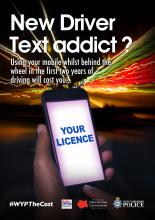 West Yorkshire Police is highlighting the potential cost of checking a message on your mobile while driving as part of a new campaign.

Last year, 1,578 offences of using a mobile phone while driving were recorded in West Yorkshire, that’s around four people a day caught breaking the law.

You might think that it will have cost the driver a £200 fine and that was it, but the true cost can be much worse. If you have passed your test within the past two years, you will lose your licence, which means the cost again of passing your theory and practical tests, plus increased insurance costs.

If you are involved in a collision as a result of being distracted by your mobile phone, the consequences could be much worse. The cost could be yourself or others being seriously injured or killed. The quick act of checking a message on your phone could see you before a court and sent to jail.

Chief Inspector Lisa Kirkland, Head of West Yorkshire Police’s Roads Policing Unit, said: “People underestimate the serious impact a matter of seconds looking at the screen of your mobile can have on your ability to drive safely and react to hazards ahead of you.

“The law banning the use of mobile phones while driving has been in place for well over a decade, this along with the increases in penalties has gone some way to make the use of a mobile phone socially unacceptable. 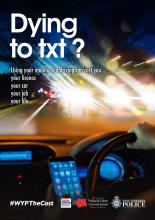 ‘The cost is not just a fine, it could be a criminal record, it could be losing your job, it could be a serious injury or even worse killing someone for that one moment of checking a text or answering a call.

‘We will be proactively working throughout the month to stop people who are driving whilst using a mobile and educate people on the consequences of using a mobile behind the wheel.’

Mark Burns-Williamson, West Yorkshire’s Police and Crime Commissioner (PCC), said: “Road Safety is a key priority in my Police and Crime Plan and something which I know is really important to our communities. Whilst the term covers a whole range of issues, driving whilst using a mobile phone is a completely avoidable hazard.

“Education is a key area of improving the safety of our roads and I will be supporting this campaign which really drives home the consequences of using a mobile phone whilst behind the wheel, from the financial implications, to far worse. The message is simple, it’s not worth it!” 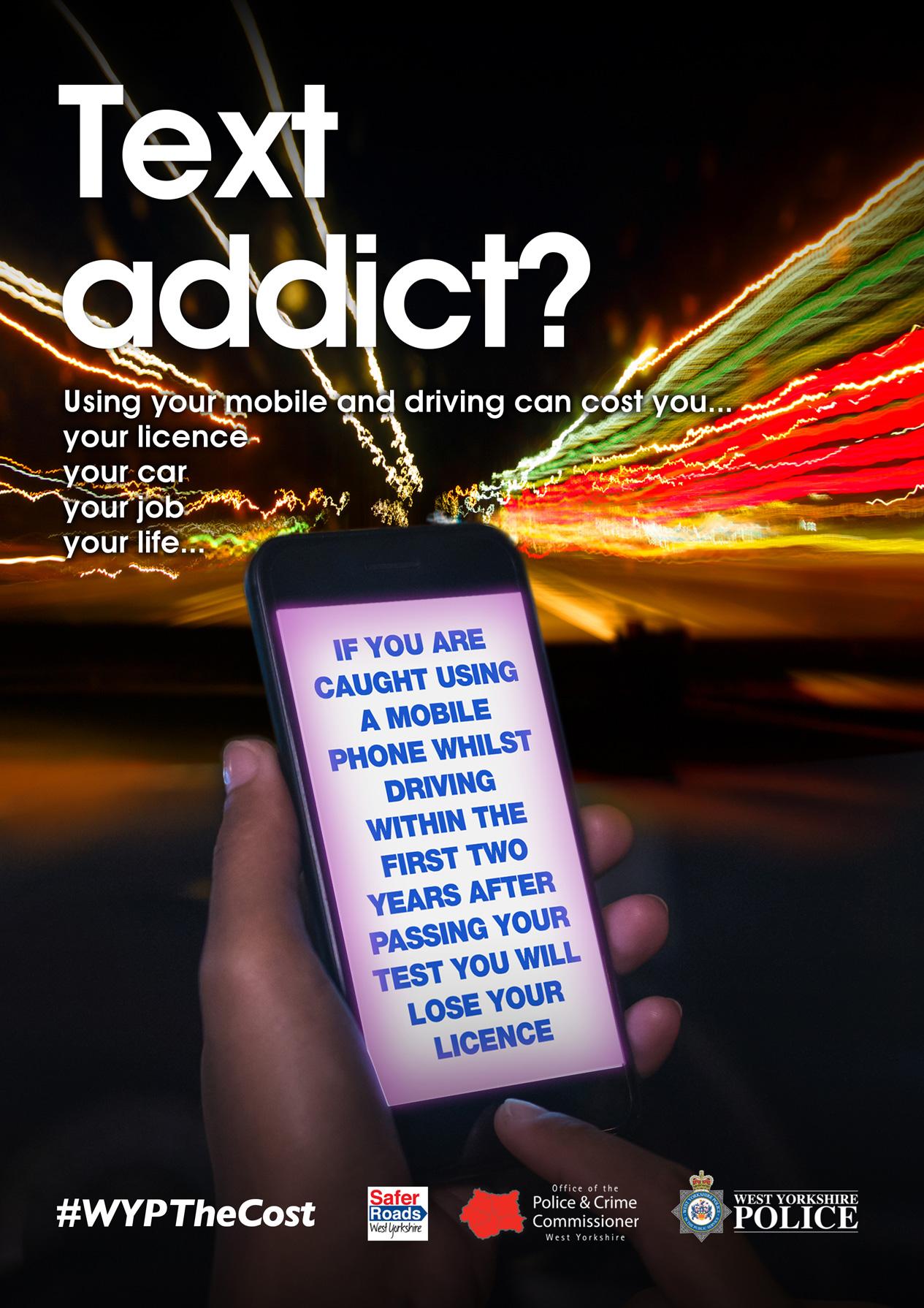