Five people involved in a violent robbery at a Leeds garage in which parts for a rare Porsche sports car were stolen have been jailed for a total of 55 years.

Detectives from Leeds District CID embarked on a prolonged and complex investigation to track down those involved, including locating and extraditing the ringleader back to the UK from Bulgaria where he was attempting to evade justice.

Operation Axleford was launched in response to an armed robbery at a business in Water Lane, Holbeck, which specialises in the repair of heavily-damaged, high-value sports cars.

A man called Fazal Wahseem, who he had previously done work for, had taken ownership of a number of parts for the car in settlement of a debt owed by the previous owner.

Wahseem and another man, later identified as Owen Walcott, visited the premises earlier that month to arrange to sell those parts to the car’s existing owner.

The offer was declined but during their time at the garage they became of where Porsche parts were being stored out of view at the business.

Shortly after 3.30pm on Saturday, September 26, two other men visited the workshop and asked about the cost of a car repair.

They returned to a white van parked nearby, which was seen on CCTV driving back and forth waiting for the area to clear of other people.

The van then reversed up to the roller door of the unit and the two men entered and confronted the victim.

One aimed a revolver at his head and threatened him demanding “the red parts”.

The victim was pushed back onto an office chair and his hands bound with cable ties.

While the two robbers returned to the workshop the victim tried to escape but was threatened with being shot and was grabbed and forced back into the office.

He was pistol whipped about the head causing injuries and was struck with a machete causing a deep laceration to his left side.

When the victim was hit with the gun, what appeared to be bullets fell from the weapon onto the floor.

He was duct taped to gag and blindfold him and taped to the chair.

The pair then loaded Porsche Carrera GT parts, worth £140,000, into the van and left the scene.

The victim managed to free himself from the chair and raise the alarm with a member of staff at a neighbouring business who contacted the police and ambulance. He needed stitches to the wound to his side and other treatment for the injuries to his head.

Enquiries by detectives showed the white transit van on CCTV had distinctive marks on the roof.

The vehicle, which was later recovered in Manchester, was found to have been on false plates at the time of the offence. It was picked up by cameras on the M62 westbound after the robbery bearing its correct registration.

It was circulated on police systems and was stopped some days later and found to be a hire vehicle being driven by people unconnected to the incident.

Further enquiries showed the van had been hired on the day of the robbery by Owen Walcott.

An expert in vehicle identification confirmed that it was the same vehicle as shown on the CCTV from the scene of the robbery.

Checks with the van hire firm identified Walcott who had initially turned down a more identifiable sign-written van and waited for a plain one to become available.

Phone enquiries showed a number linked to Walcott had contacted a Porsche garage in Manchester just days after the robbery.

The caller had asked for prices for numerous Porsche Carrera GT parts and the dealership was able to provide officers with a full list of those due to the type of car being relatively unique. This matched the list of items stolen in the robbery.

Further enquiries linked Walcott and Wahseem to the offence along with Walcott’s brother Harry Mahoney. They were arrested in December 2015 on suspicion of conspiracy to commit robbery.

Additional work by detectives linked three others, Jenna Davies, her cousin Mark Davies and Kai Kennedy, and identified those men as the two who had carried out the robbery. Incriminating text messages were discovered on their phones discussing the offence. The three were arrested in September 2016.

All six were charged to appear at Leeds Magistrates in November 2018 but Walcott and Wahseem failed to attend and went on the run.

Protracted enquiries by lead investigator Detective Constable Ailis Coates located Walcott in Bulgaria and she liaised closely with police there to detain him under a European Arrest Warrant. He was arrested by Bulgarian police in March this year and extradited back to the UK in April.

Enquiries are continuing to locate 36-year-old Fazal Wahseem, from Sheffield, who is still outstanding.

In September this year when the case appeared at Leeds Crown Court for trial, Mark Davies pleaded guilty to conspiracy to commit robbery, along with Section 20 assault and possession of an imitation firearm. Mahoney admitted the conspiracy charge.

Walcott, Kennedy and Jenna Davies pleaded not guilty but were convicted following a trial.

Mark Davies, aged 36, of Pendragon Place, Failsworth, Manchester was sentenced to 13 years for the robbery conspiracy, with concurrent terms of 43 months and 16 months respectively for the firearm and assault offences.

Harry Mahoney, aged 28, of Moorfield Drive, Hyde, Manchester, was sentenced to ten years and nine months for the conspiracy.

Jenna Davies, aged 34, of Moorfield Drive, Hyde, Manchester was jailed for six years for the conspiracy.

Detective Inspector Phil Jackson, of Leeds District CID, said: “This group were responsible for planning and carrying out a violent robbery during which the victim, a completely legitimate businessman, was seriously assaulted and put through a frightening ordeal.

“They were solely motivated by greed for financial gain based on their knowledge of the high value of the unique sports car parts he had at his premises.

“This was not an opportunistic offence, but one that was cynically planned and brutally executed without a single thought for the injury, mental trauma and material loss they were causing to the victim.

“They were tracked down by a thorough and painstaking investigation that built up a comprehensive evidential picture of those involved and also saw the ringleader Walcott brought back from Bulgaria to face justice.

“We hope the very significant sentences they have received will give some reassurance to the victim and also send a very clear message to those who think they can come to Leeds and commit offences like this without having to face the consequences of their actions.”

Detectives are appealing for information to help trace a man wanted over a violent robbery in Leeds following the conviction of five other people for the offence.

Operation Axleford saw four men and a woman jailed for a total of 55 years over the incident in which valuable sports car parts were stolen from a workshop in Holbeck in September 2015.

Fazal Wahseem, aged 36, from Sheffield, was arrested and charged with conspiracy to commit robbery but failed to attend his first appearance at Leeds Magistrates Court in November 2018. A warrant was issued for his arrest.

He is believed to have left the country around that time and officers are continuing to carry out enquiries to trace him.

Detective Inspector Phil Jackson, of Leeds District CID, said: “Wahseem’s five co-accused have received substantial prison sentences and we remain very keen to see him returned to court to face proceedings, as he should have done in 2018.

“We are continuing to carry out enquiries to trace him and would like to hear from anyone who has any information that could assist in locating him.

“He is still believed to be out of the country but, as we have already demonstrated in this case, we are well versed in liaising with other countries’ law enforcement agencies to get suspects extradited back to the UK.”

Anyone with any information is asked contact DC 6107 Ailis Coates at Elland Road via 101 quoting reference 13180585101 or online via www.westyorkshire.police.uk/101livechat 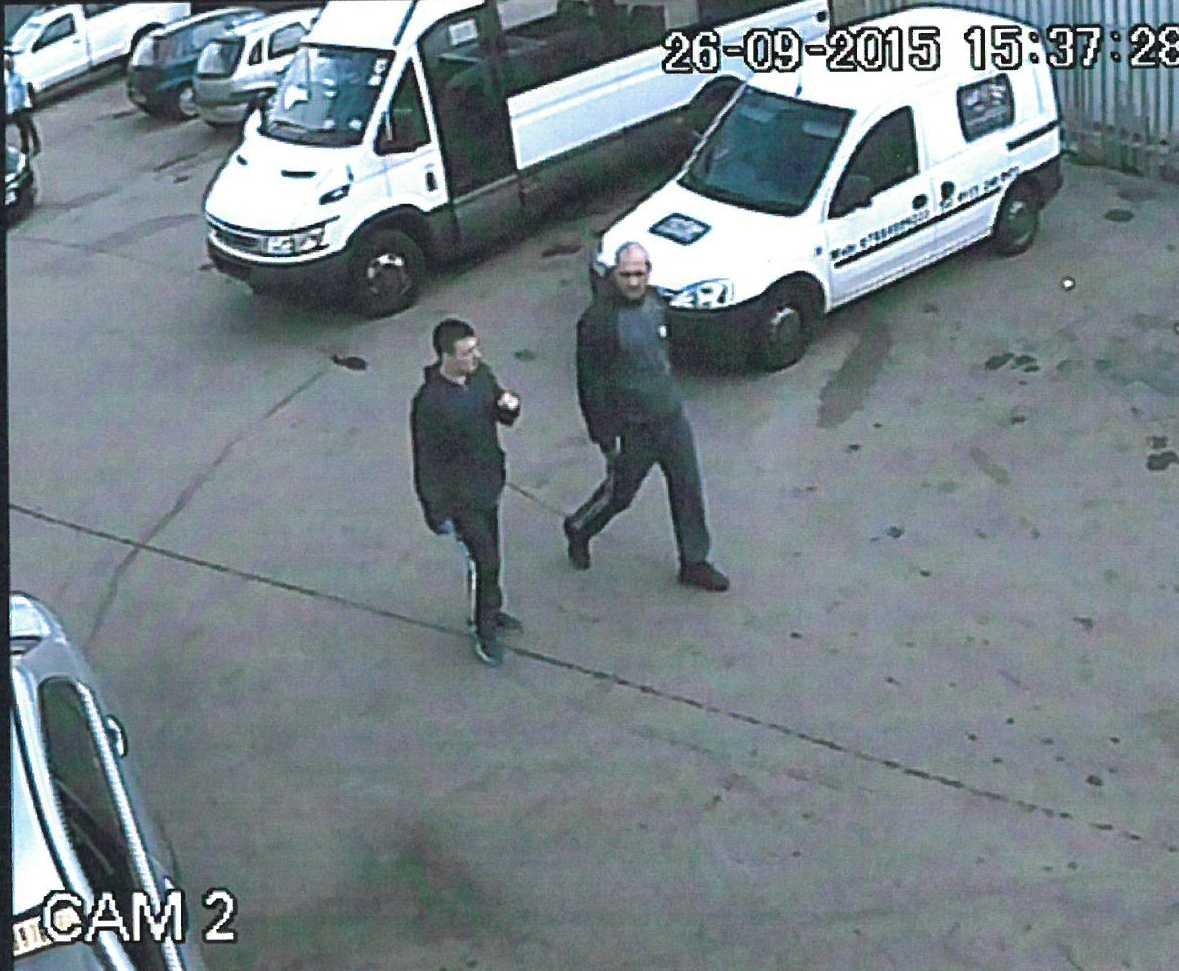