Tens of thousands of suspected illegal cigarettes have been seized by Police and Trading Standards in the Wakefield District.

Wakefield District Police and West Yorkshire Trading Standards are continuing to investigate today after seizing up to 30,000 suspected illegal cigarettes in the Castleford area.

The teams used a passive drugs dog jointly funded by West Yorkshire Trading Standards and Wakefield Council in the searches.

Between them, the agencies seize and estimated 20,000 to 30,000 cigarettes from three off licences and a vehicle linked to one of the premises.

Nothing was found in the fourth premises searched.

The teams also searched two premises in Wakefield and discovered a quantity of concealed illicit tobacco in one of them and a smaller quantity at another.

Sergeant Mark Thorold of the Wakefield Police Licensing Team, said:  “Police licensing officers and colleagues from Trading Standards executed a number of searches in the District yesterday resulting in us seizing what is clearly a very significant quantity of suspected illegal cigarettes.

“The organisations who make these illegal cigarettes available for sale can often be linked to organised crime and this is a far from a victimless crime.

He added:  “I want to thank neighbourhood policing colleagues for their excellent support during these operations, which also benefitted hugely from the deployment of the passive tobacco dog.

“We will now be conducting a full criminal investigation regarding the significant seizures made from three off licences in Castleford and will be continuing work under the licensing act.”

David Lodge, Head of West Yorkshire Trading Standards, said, “Far from being a victimless crime, the illegal trade in tobacco costs government millions each year in lost revenue, makes it easier for children to start smoking, takes advantage of cash-strapped families, and helps fund organised crime. Members of the public should recognise the adverse health, economic and social impacts of the illicit trade of tobacco products, including the linkages with human trafficking and a wide range of organised crimes.” 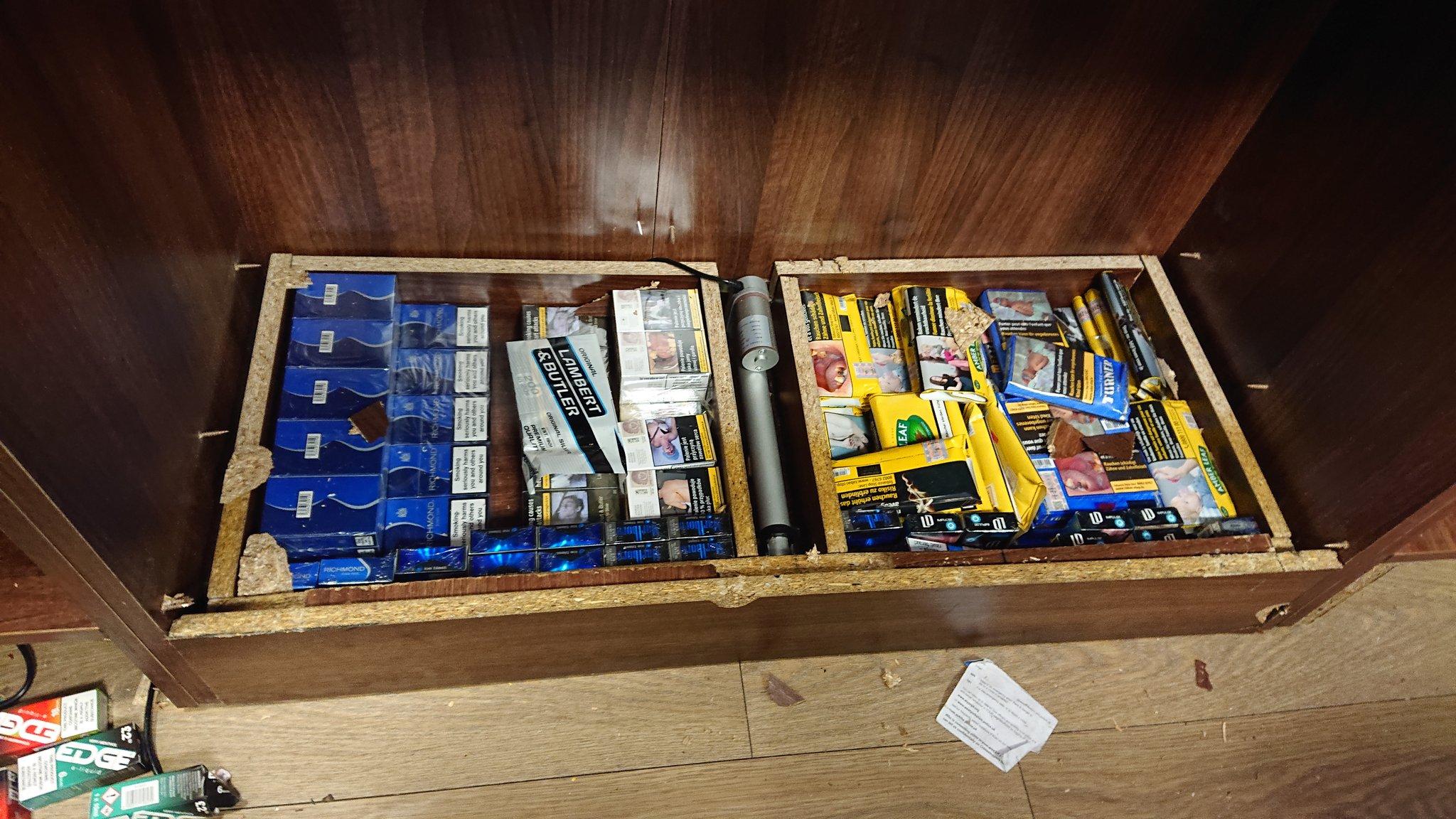