Wakefield Police teamed up with officers for the Roads Policing Unit to carry out a proactive operation on Denby Dale Road, Wakefield.

On Saturday 4 July, officers took to the roads as part of planned operation which ran on Denby Dale Road.

The aim of the operation was to improve driving standards, tackle anti-social driving and educate people on road safety.

The traffic operation saw 44 vehicles stopped which included offences for:

‘After complaints of anti-social driving along Denby Dale Road officers from Wakefield Police teamed up with Roads Policing officers to conduct a proactive road safety operation along the stretch of road.

‘Road safety is one of the top priorities for the district and through this operation we have taken vehicles of the road which were contravening the road traffic act and reported drivers who were breaking the law.

‘I hope residents are encouraged that we take all reports of anti-social use of the roads seriously and working closely with partner agencies to tackle this issue in Wakefield District.” 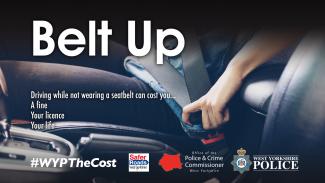 Fancy a career in the Police? Another chance to find out more at a recruitment event in Wakefield tomorrow
Programme Precision Operation: 17 Charged with drug offences
Van Owners In Kirklees Advised To Be On Guard Following Vehicle Thefts
Appeal: Firearms Discharge, Norman Lane, Bradford