A brutal rapist who attacked his victim in Leeds and then fled to Sheffield has been sentenced to life in prison.

Samuel Fortes, 27, of Ironside Road, Sheffield, attacked the 20-year-old woman in the early hours of Saturday 23 June (between 03:15 and 03:30am) under the flyover footbridge adjacent to Grace Street in Leeds city centre.

The victim had been on a night out with friends before Fortes followed her. She walked through the city centre and paused on St Paul’s Street where she spoke to her boyfriend on the phone via the face-time app.

Her boyfriend later took a screenshot showing Fortes starting his attack by stamping on her. The image was a key piece of evidence as officers built their case.

During the 15 minute attack Fortes dragged and carried the victim from the footbridge to under the flyover. He then physically assaulted and raped her. She was left with serious facial injuries as a result including a damaged tooth and extensive swelling to her face and body.

The victim’s handbag, phone and keys were found by three people walking on the foot bridge who then found the victim and disturbed Fortes who fled on foot.

After the assault, Fortes initially hid in a bush for an hour before fleeing back to his home city of Sheffield.

A meticulous forensic examination of the scene revealed a single piece of hair which was fast tracked on the DNA Database, identifying Fortes as a key suspect.

To build their case the investigation team also trawled through hours of CCTV footage which showed the suspect wandering around Leeds City Centre prior to the attack.

He was also tracked after the attack heading from Leeds City Centre back to Sheffield via the train. When arrested the victim’s blood was on his shoes.

Fortes admitted rape and wounding with intent at Leeds Crown Court on Monday 12 November and was sentenced today (Thursday 18 April) and given a life sentence with a minimum term of 8 years.

As Fortes has time inside to consider the consequences of his actions, CCTV footage of him as he walked through the centre of the city before and after the offence has been released with the full consent of the victim. In much of it he is following her.

In a victim impact statement read to the court, she explained the impact the attack has had on her.

“I have experienced what I hope to be the lowest point, mentally, in my life. There were days, at the beginning of my recovery period, where I could not leave my bed and that is simply because I did not see a point in doing so.

“I laid in the same position for days, questioning what I could have done differently. Questioning why I was the victim and questioning if the hurt I have caused my family was worth walking back.

“…I was and still am sickened by the thought that one human could do that to another…I thought I was going to die. It is a feeling that no words could ever describe.

“It is hard to see how badly my family are affected. My dad described the situation to my brother as ‘it is like you have been growing and protecting a flower for 19 years and all of a sudden somebody just comes and stomps on it. This is a phrase I will never forget. I don’t want people to see me as ‘damaged’ or ‘hurt’. I feel little and dehumanised when I think back to the incident.”

Senior Investigating Officer, Detective Superintendent Jaz Khan from the Protective Services (Crime) team was in charge of the investigation and subsequent search for Fortes.

“Fortes subjected this brave woman to a horrific ordeal and I want to praise her for her bravery in helping to bring her brutal attacker to justice. She decided to speak out about her ordeal through her statement and then asking for CCTV footage to be released.

“Despite being in fear for her life she bravely fought her attacker and her boyfriend had the foresight to screenshot the incident – this was a key piece of evidence along with the DNA hit which helped to bring Fortes to justice. I have spoken personally to her and been amazed by her bravery.

“This rape and assault attracted considerable media interest at the time – not only because of its brutality but the subsequent search for the man responsible.

“Today Fortes is starting a substantial prison sentence for committing those offences and I want to also pay tribute to the officers who worked tirelessly on this case – from the neighbourhood officers who increased patrols in the area to reassure people in the city centre to the detectives whose painstaking work helped bring Fortes to justice.

“Colleagues from South Yorkshire Police and the British Transport Police also helped in the search for Fortes and members of public provided an extra set of ‘eyes and ears’ to help catch him.

“And our Forensic Teams carried out a painstaking search of the scene for vital clues which helped to identify Fortes as a suspect so quickly - a single piece of hair helped ensure Fortes could not prove a threat to others.

“Working with the victim we have decided to release the footage from the case to help illustrate that whilst this may have been a serious offence we are here to support victims and to achieve justice for them.

“The footage we have released is just a small snapshot of the footage we looked through of Fortes to track his movements through Leeds and then build a case against him which led to him being jailed today.

Chief Superintendent Steve Cotter is the District Commander for Leeds, said: “We work closely in partnership with Safer Leeds to ensure Leeds is a safe place to live and work. Offences such as this are exceptionally rare. However as in this case we will work tirelessly to bring offenders to justice to make communities safe and feel safe.” 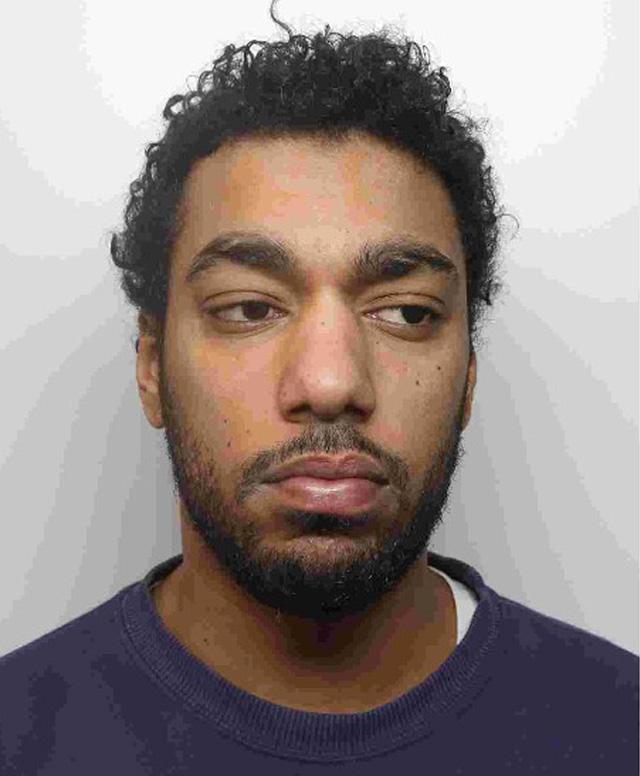