Police have released further details of a teenager whose body was pulled from the canal in Knottingley.

Caden Taylor, who was 15 and from the area, was sadly pronounced dead at the scene of the incident, which emergency services responded to on Tuesday afternoon (20/7).

Police have now completed their investigations into the incident and are not treating his death as suspicious.

A file has been passed to the Coroner for further enquiries.

West Yorkshire Police would also like to take this opportunity to remind people about the dangers of swimming in open water such as canals, lakes and reservoirs.

Open waters remain very cold, even during the summer months, and can also have hidden dangers which may cause injury.

Police are appealing for information after the body of a teenager was retrieved from the canal in Knottingley.

At 5.28pm today (Tuesday), police were called to a report of a concern for safety regarding a male in water in Stocking Lane.

Emergency services attended and retrieved the body of a 15-year-old boy.

He was sadly pronounced dead at the scene.

His family are being supported by specialist officers.

An investigation is ongoing into the circumstances by West Yorkshire Police’s Homicide and Major Enquiry Team, and detectives are keen to hear from anyone who was in the area at around the above time, or who may have information about how the boy ended up in the water.

“This has been a tragic incident in which a boy has sadly lost his life and I would like to advise people of the dangers posed by open water.

“Even on days as hot as we have had recently, canals can still be very cold and cold water can cause cramps in even the strongest swimmers.

“Currents created by boats and water movements around locks and weirs can also be dangerous. There may also be items lurking beneath the surface that could cause injury.”

If you can assist this investigation then please call 101 or use the 101 Live Chat system. 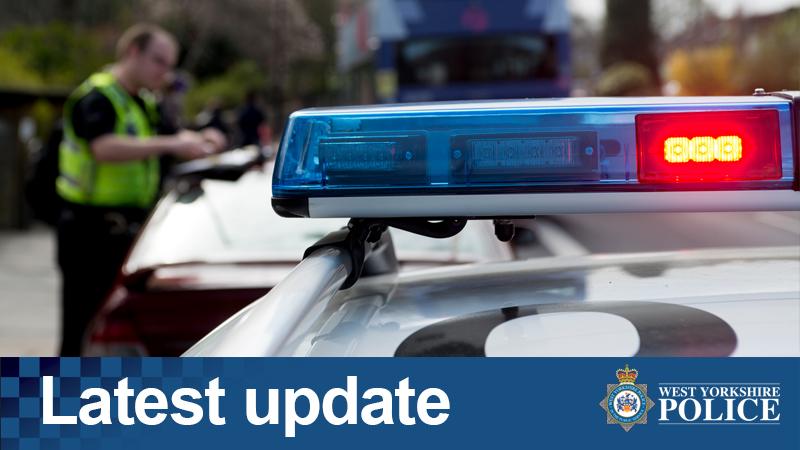