Three teenagers have been jailed for vicious knifepoint robbery in Keighley.

Byron Bell, 18, of Wrose Road, Bradford, Mohammed Fellows, 19, of Granville Road, Bradford and Liam Karolyi, 18, of Morrison Avenue in Rotherham were charged by police after targeting a vulnerable adult.

The incident happened on 11 April this year when the suspects entered a flat on Aireville Road in Keighley.

They pinned their 57-year-old male victim down onto his bed and held a knife to his throat, whilst the others stole the TV from his room.

The victim suffered a cut to his neck, which required surgery, as a result of the incident.

All three were found guilty following a trial at Bradford Crown Court.

Today (10 December) all three teenagers were sentenced to:

Detective Inspector Suzanne Hall, of Bradford District CID, said: “We are pleased with the result and the sentence which has been handed down to all three of these defendants.

“They targeted a vulnerable adult in his own home and subjected him to a terrifying ordeal, threatening him with a knife and stealing his property. The victim was left incredibly distressed as a result of the incident.

“Any incidents involving weapons and knives are dealt with robustly by West Yorkshire Police and we are committed to ensuring the perpetrators are brought to justice.” 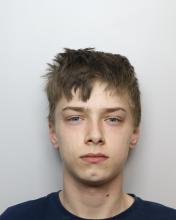 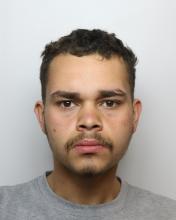