Two men have been jailed after subjecting a teenager to a serious sexual assault in Huddersfield town centre.

The incident happened in the early hours of the morning on 14 July, when a 17-year-old girl was assaulted by three men in the subway that runs under the A62 Castlegate, between New North Road Baptist Church and the old Technical College building.

Abdul Latif Salih, aged 35, of Trinity Street, in Huddersfield, Saddam Muhamadaim, aged 26, of Blacker Road, Huddersfield and Bahaldin Doud, aged 21, of Village Terrace in Leeds, were all arrested and charged by police a couple of days after the attack after being forensically linked to the incident. 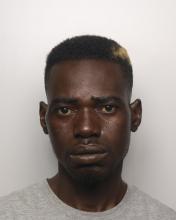 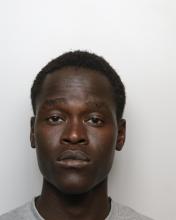 All three defendants were found guilty by a jury and today (11 March) two of the men received the following sentences at Leeds Crown Court:

Saddam Muhamadaim, sentencing for three counts of rape and one count of attempted rape was adjourned to a later date.

Detective Inspector Mark Catney, from Kirklees CID, who led the investigation, said: “Today these men have been handed lengthy prison sentences for the crimes they committed against a 17-year-old girl.

“They prolonged her ordeal by making her relive the incident through the court trial, but we are pleased that they were found guilty by the jury and have been given significant sentences.

“This was a distressing incident for the victim, but thankfully detectives at Kirklees Safeguarding Unit carried out a thorough investigation and within days of the incident, we had all three males in police custody.

“I would like to praise the victim for her bravery in coming forward to report the offences to police. She was subjected to a horrendous ordeal but now I hope that today’s sentences will allow her some closure to what has happened.

“Anyone who has suffered any sexual crime is urged to come forward to the police so that we can investigate it. We have specially trained police officers who will offer support and advice throughout.”

Anyone with any information is asked to contact the police via 101 or information can be passed to police anonymously to Crimestoppers on 0800 555 111.