Detectives in Halifax are appealing for information to trace Shane Taylor who is wanted by officers. 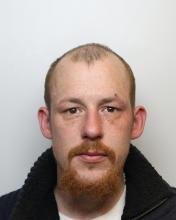 The 33-year-old Halifax man is wanted in connection with burglary offences and is still believed to be in the town.

Officers have been conducting a number of enquiries to locate him and would like to speak to anyone who has either seen him, or has information about his whereabouts.

Information can be  given to Halifax CID on 101 referencing crime number 13200552214 or online to www.westyorkshire.police.uk/101livechat

It can also be given anonymously to the independent Crimestoppers charity on 0800 555 111.