West Yorkshire Police is launching a new campaign encouraging anyone with concerns about their current or ex-partner to use their ‘right to ask’ to check whether they have a history of domestic abuse. 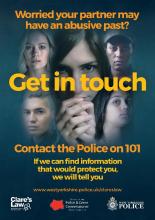 The Domestic Violence Disclosure Scheme, also known as Clare’s Law, has been in place in West Yorkshire since 2014. The number of requests has been increasing over recent years but West Yorkshire Police is keen to ensure that all members of the public are aware of their right to ask whether their partner or ex-partner poses a risk to them.

Applications can be made by males or females over the age of 16-years-old in heterosexual or same-sex relationships. If police checks show that the partner or ex-partner has a record of abusive behaviour or there is other information to indicate the applicant may be at risk, a multi-agency decision will be taken on what information should be shared.

The campaign is being officially launched today (Thursday, 24 January), at a multi-agency conference at Leeds City Museum showcasing the work that the Force and others within the North East region have undertaken as part of the ‘Whole Systems Approach to Domestic Abuse’. The launch comes as the government published its draft Domestic Abuse Bill earlier this week which is aimed at further supporting victims and their families and pursuing offenders.

Superintendent Jon Morgan, of West Yorkshire Police’s Safeguarding Central Governance Unit, said: “Any disclosure of information under Clare’s Law has to be carefully considered to ensure it is lawful, proportionate and necessary. Where it is decided that it is appropriate for information to be disclosed, this allows potential victims to make an informed choice as to whether to continue with the relationship.

“Both domestic abuse victims and offenders can be from any background with it affecting people of all genders, ethnicities and sexual orientations. We want people to know that if they have concerns for whatever reason about a romantic partner that there is no shame in making a request under the Domestic Violence Disclosure Scheme. All requests are dealt with sensitively with police establishing a safe way to contact the applicant and any disclosure being made in person.” 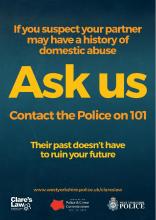 A third party, such as a family member, neighbour or friend, can also make an application if they are concerned about someone they know, but they would not necessarily be the person to receive any information. It may be more appropriate for someone else to receive any disclosure, such as the person they have enquired on behalf of or someone who it is considered is better able to protect that person from harm.

Clare’s Law was launched on International Women’s Day in 2012 and is named after Clare Wood who was murdered by George Appleton in 2009.

West Yorkshire Police and Crime Commissioner (PCC) Mark Burns-Williamson said: “Support for victims and survivors runs through every aspect of my Police and Crime Plan and this also extends to any preventative measures which can be taken to remove people from abusive relationships at the first opportunity.

“The new Clare’s Law campaign aligns very closely to the objectives of my West Yorkshire Domestic and Sexual Abuse Strategy 2016/21 and I absolutely support the principles of what this aims to achieve.

“We are constantly listening to feedback from those effected by these types of abuses and crimes, allowing us to develop our responses in a way that best meets people’s needs.

“It is a theme that I continue raise awareness around and have recently provided money to seven local groups that tackle domestic abuse under the latest round of my Safer Communities Fund (SCF).”

A request for information under the Domestic Violence Disclosure Scheme can be made by visiting a police station, phoning 101 or talking to a police officer.

There is more information about the scheme and help and advice available on the West Yorkshire Police website at: www.westyorkshire.police.uk/clareslaw. 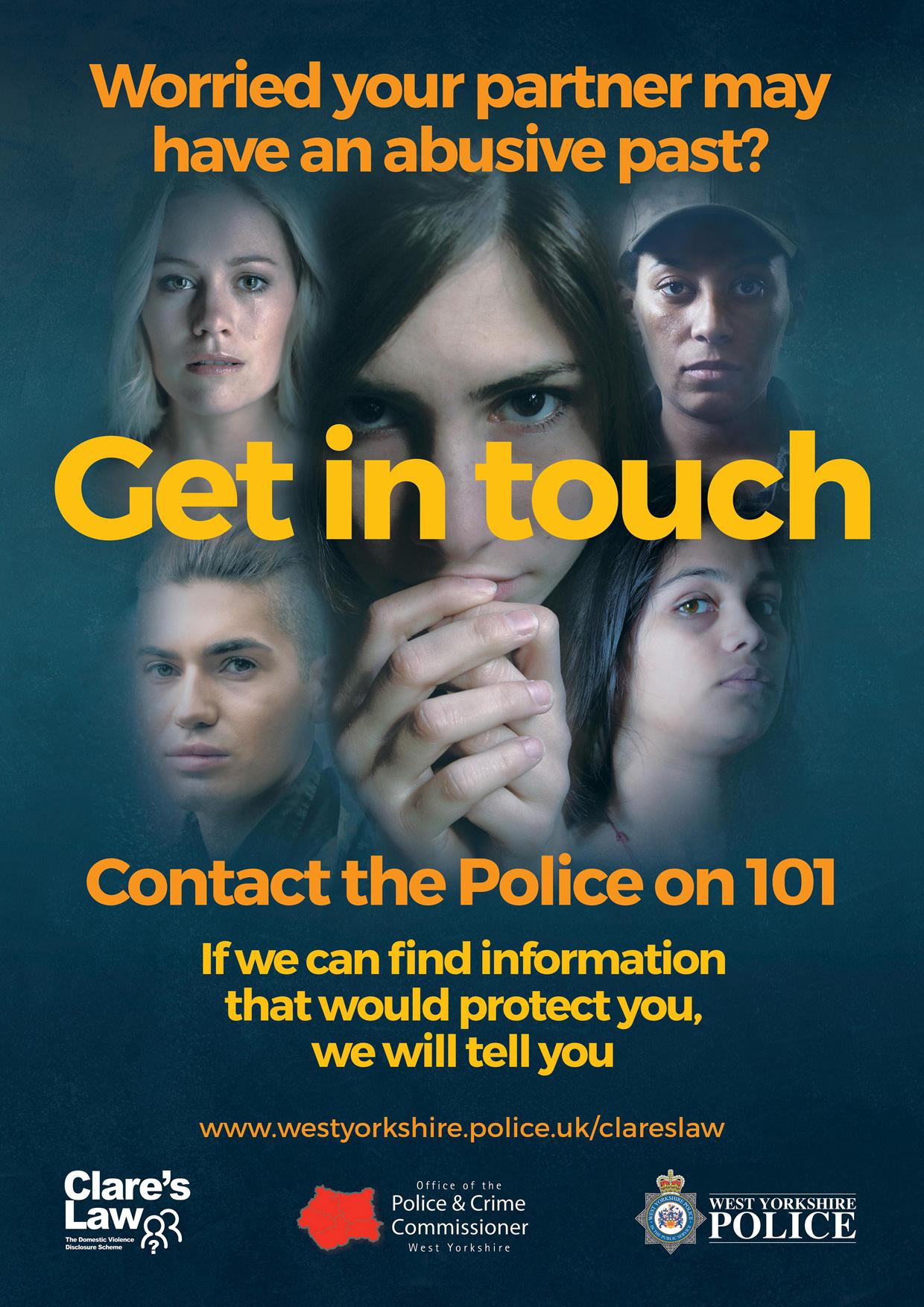