With a week to go until Christmas, West Yorkshire Police has released a video featuring the mother of a man who was killed when his car was hit by a drink and drug driver.

Carole Whittingham’s son Steven died on 30 January, 1992, after a stolen vehicle being driven in excess of 80 miles per hour in a 30 mile per hour zone collided with his car. The driver had been drinking and taking drugs before getting behind the wheel.

Since Steven’s death, Carole has set up the charity SCARD (Support and Care After Road Death and Injury). SCARD offer year-round support to the families and friends of those lost in road related accidents

The video is part of West Yorkshire Police’s continued awareness campaign over the festive period of the consequences of driving whilst under the influence of drink or drugs.

Since the start of the month, 215 drivers have been arrested in West Yorkshire for drink or drug driving.

Throughout December, roads policing officers have been tweeting details of arrests for drink or drug driving in West Yorkshire. You can find out more about the campaign and the work of the Roads Policing Unit by following the @WYP_RPU Twitter account or searching the hashtag #WYPTheCost.

The festive period can be a costly time for many with presents to buy and events to attend, but West Yorkshire Police are urging people not to pay the ultimate cost this year by getting behind the wheel while under the influence of drink or drugs.

Throughout December, West Yorkshire Police will be carrying out increased enforcement activity on our roads and taking every opportunity to remind people of the potentially fatal consequences for yourself and others of driving while under the influence of drink or drugs.

Building on the success of the recent driving whilst using a mobile phone campaign, the Force will again be using the hashtag #WYPTheCost and highlighting the potential cost of being caught drink or drug driving. The consequences can include prison time, an unlimited fine and a driving ban, in addition to the devastating emotional impact on those involved and their families and loved ones if someone is injured as a result of a collision.

Chief Inspector Lisa Kirkland, Head of West Yorkshire Police’s Roads Policing Unit, said: “Over the festive period, many of us will be out for meals, drinks and nights out with work colleagues, friends and family. What we are asking is for people to plan ahead and think not just about how they are going to get home on a night but also about their plans for the following morning.

“Every year, we catch people driving under the influence of drink or drugs not just in the evening but also the next day, dropping the children at school, driving to work, taking the car on a Christmas shopping trip.

“Christmas can be costly enough but think about what it would mean for your new year to be facing losing your licence, an unlimited fine and potentially time in prison.

“That really is the best case scenario as well. Drink or drugs has been listed as a contributory factor in 15 fatal collisions in West Yorkshire this year to date. This could be due to one or more drivers involved in the collision being under the influence but equally could be due to a pedestrian or cyclist being intoxicated. This festive season is a timely reminder for us all to look out for each other and for pedestrians as well to be mindful of their own safety.”

During last year’s enforcement campaign from 1 December, 2018, to 1 January, 2019, there were 284 arrests for drink driving and 92 arrests for drug driving.

“This year, we have more dedicated roads policing officers working on the roads of West Yorkshire to prevent the devastation that drink or drug driving can cause. We will not tolerate people risking their own and others road users’ lives by driving under the influence of drink or drugs,” Chief Inspector Kirkland added.

Mark Burns-Williamson, the Police and Crime Commissioner (PCC) for West Yorkshire, said: “Improving road safety remains a key concern for the public from regular feedback we get through surveys and community meetings. Ongoing education awareness, enforcement and prevention activities all play their part in helping keeping people safe on our roads. I would urge everyone getting behind the wheel to be sensible and ensure that they are safe to drive, otherwise the consequences for them, their loved ones and other road users could be devastating.

“We want everyone to be safe and make the right choices, this campaign aims to raise awareness, whilst reminding potential drink or drug drivers that West Yorkshire Police will be increasingly on the lookout.

"I hope that this initiative will help to underline what is important at this time of year, and it certainly isn’t making potentially dangerous decisions putting other people’s lives at risk to drive whilst unfit or under the influence.”

Throughout December, roads policing officers will be tweeting details of every arrest for drink or drug driving in West Yorkshire. You can find out more about the campaign and the work of the Roads Policing Unit by following the @WYP_RPU Twitter account. 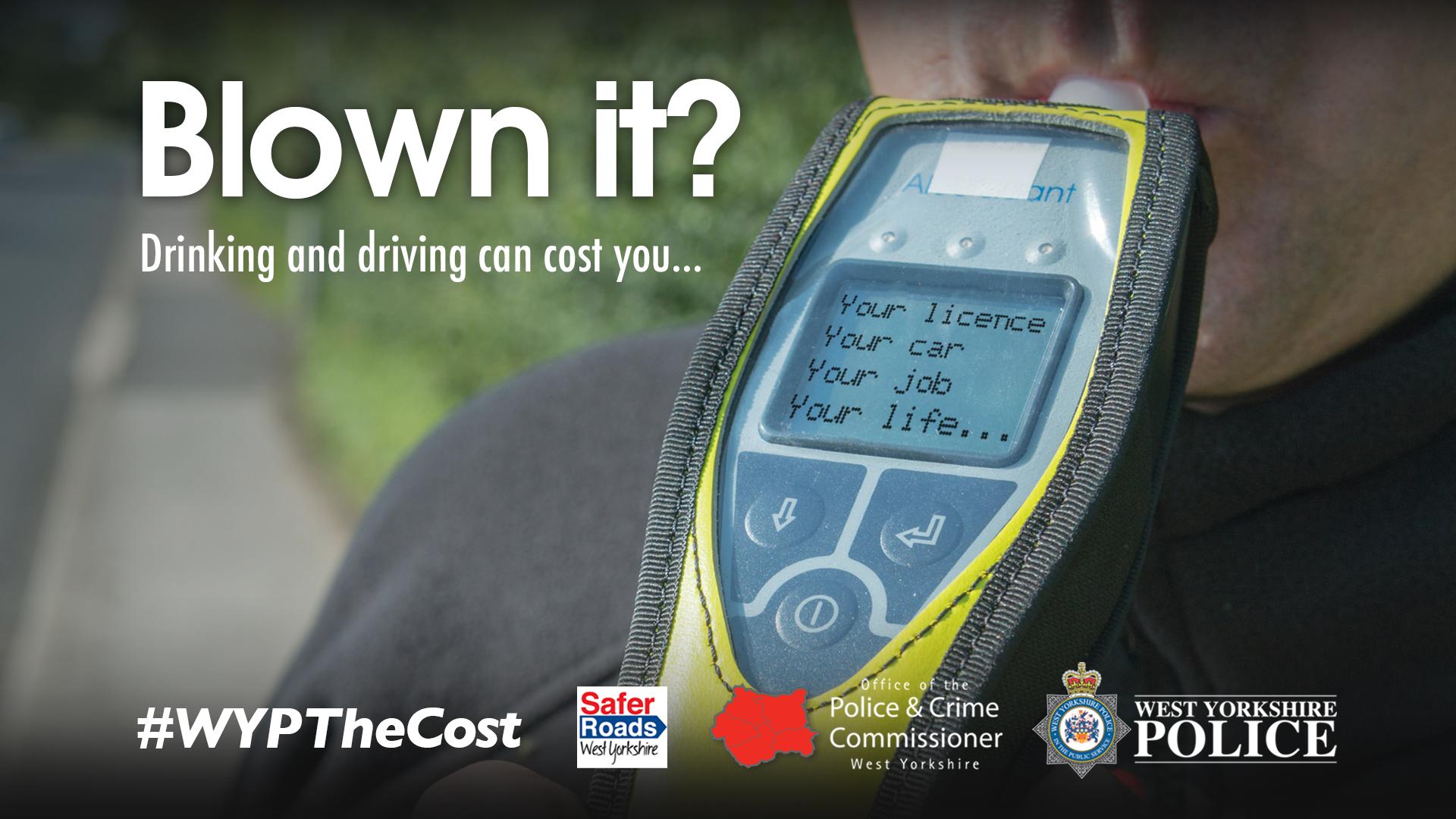