If you hear or see anything unusual in or around your local airfield... Report it.
Even the smallest thing can be significant.

Smuggling causes immense harm to the UK, whether it is people being moved, or drugs, explosives, guns or other commodities.

There are tens of thousands of light aircraft, helicopters and microlights in the UK, and a lot of airfields – not just the large commercial airports which are staffed by the police and Border Force, but also private aerodomes and old bomber bases, down to small club strips and farmers’ fields.

Every person who evades UK border controls, every shipment of contraband that gets flown into the UK, every crook on the run that gets flown out, is a threat to you, your family, your community.

Do you fly or use light aircraft for leisure or business?

Do you work in the aviation industry or live in the vicinity of an airfield?

Then terrorists and organise criminals pose a threat to your pastime or your business.  They will exploit any opening they can find.

We can’t watch every plane and every airstrip 24 hours a day, so we need your help.
Project Pegasus is a joint initiative by the National Crime Agency, the Association of Chief Police Officers and UK Border Force, to address terrorist and criminal threats to the aviation scene.  Help us to protect you.  Talk to us about activity that makes you uncomfortable and we’ll make sure the information gets to the people who need to see it.

There is no recipe for terrorist, criminal, or suspicious activity: if it looks odd to you, report it and we’ll check it out.

Are there suspicious associates around?

Are all employees appropriately vetted?

Is the airfield or site :

Are windsocks or lights suddenly appearing? Is activity occurring at odd times, or being disguised or concealed?

If you see unusual activity :

Help us to protect you. Report anything unusual by calling 101, or Crimestoppers anonymously on 0800 555 111, quoting Pegasus. 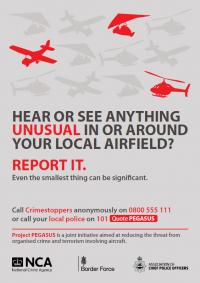 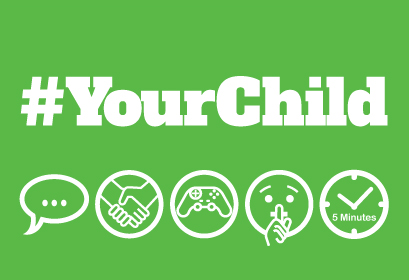